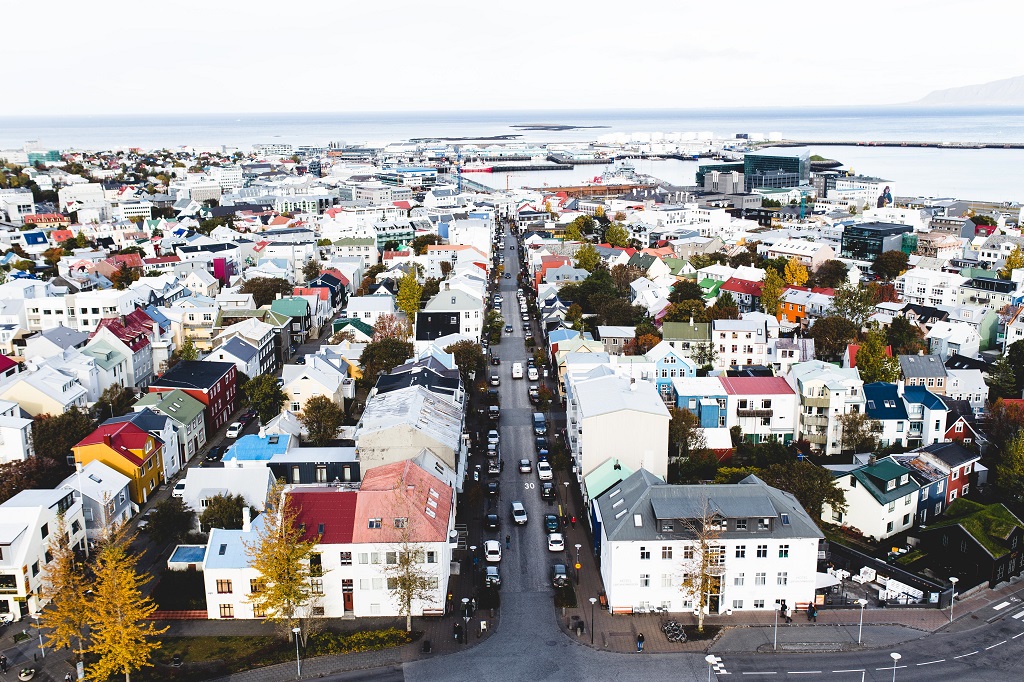 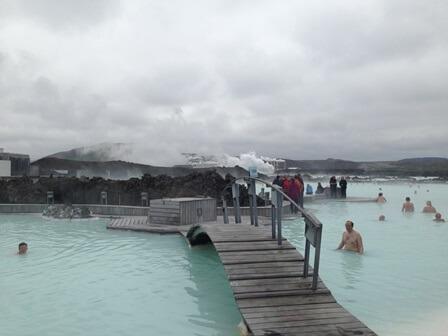 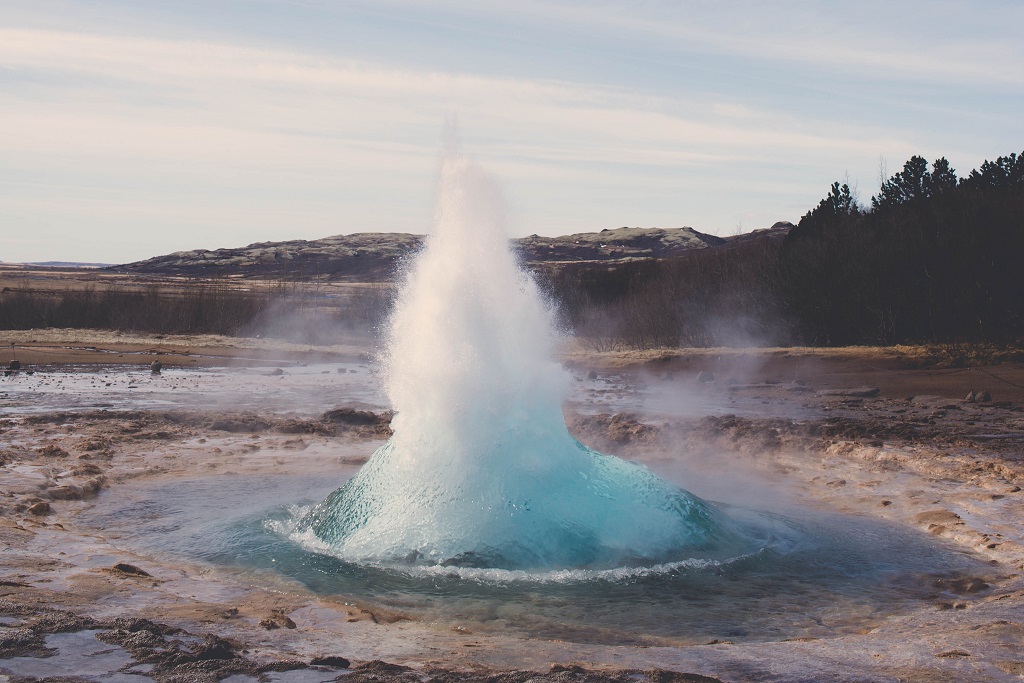 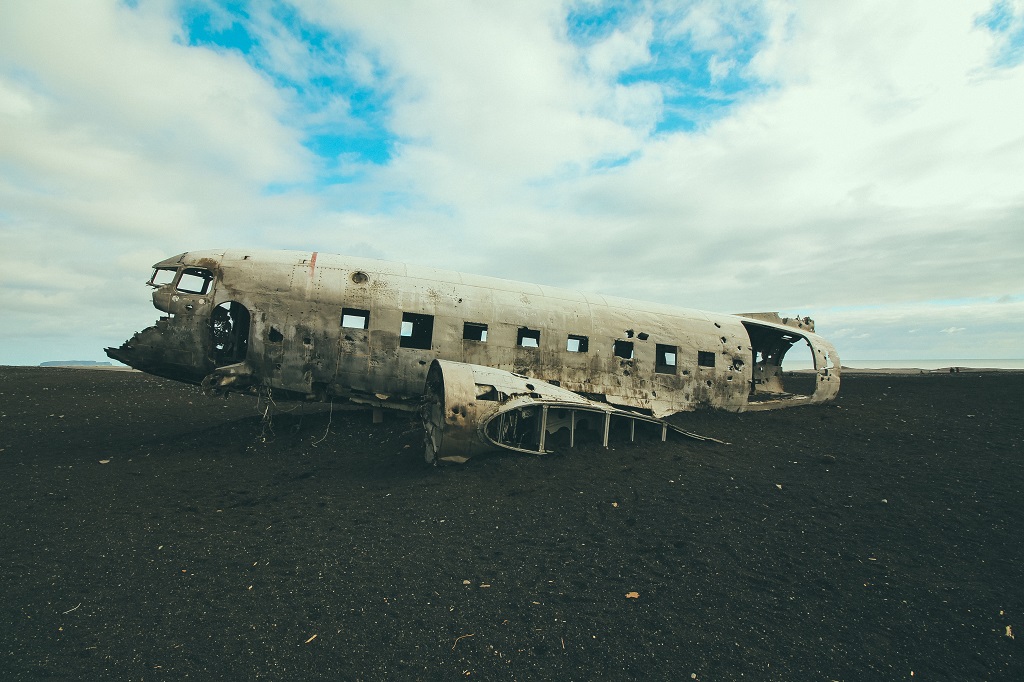 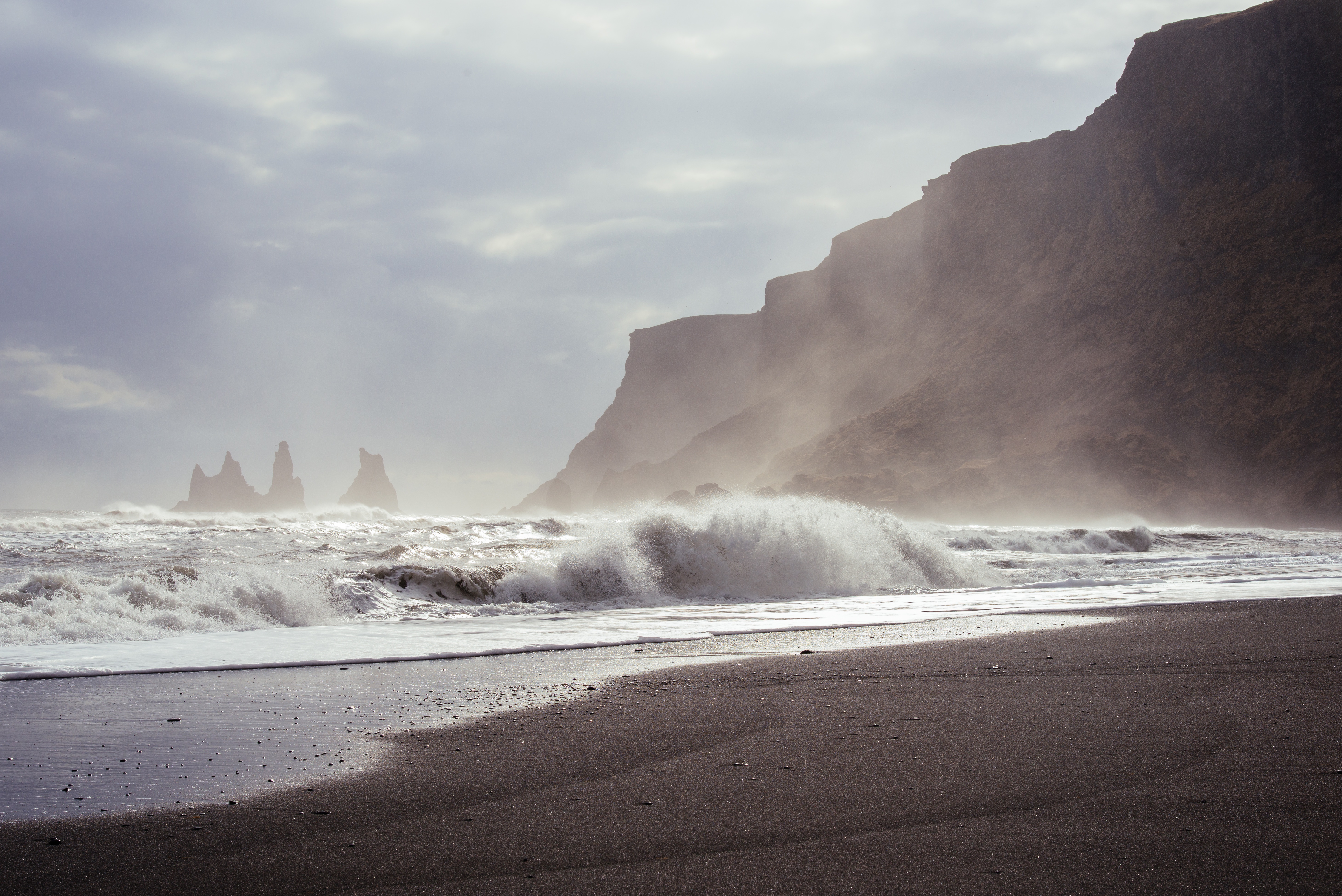 For those who would like to get to know Iceland, one of the most popular routes is a drive around Iceland. This tour will take you to the most popular tourist destinations, the most beautiful waterfalls, glaciers, bays, and small Icelandic settlements with beautiful views.

Day 1 / Arriving in Iceland
Keflavik Airport. Pick the car up at the airport and travel 45 km to Reykjavik. If the flight was not a late, there will be time to make a small detour to relax in healing waters of the Blue Lagoon before continuing on to RVK. Stay the night in RVK.

Day 2 / Reykjavik-Skagarfjörður-Akureyri
Drive through the Hvalfjörður Tunnel to the town of Borgarnes. This will save you at least 45 minutes. As you drive through the lava fields, you can take a shortstop in the Nordurardalur Valley and have a walk around the no longer active Grábrók Crater (the walk can take from 30 minutes up to 1.5 hours). Having breathed in a lot of fresh air and taken many beautiful photographs, head further north over to the Holtavörðuheiði Plateau. The trip then continues through the Hunavatnssysla region and the vicinity of Skagafjörður, best known in Iceland as horse breeding country. Make sure to stop by at the Glaumbær Turf Farm Museum and introduce yourself to Icelandic history. Then drive across the Oxnadalsheiði Plateau to the so-called “Capital of North Iceland“—Akureyri. Stay the night in Akureyri or thereabouts.

Day 3 / The Mývatn region
Before departing for the Mývatn region, you should stop by the Goðafoss Waterfalls (Waterfall of the Gods). These waterfalls are well-known because it is where Icelandic pagan gods were thrown in 1000 AD when the Icelanders accepted Christianity as their faith. Further on, travelers are met by the breathtaking beauty of Lake Mývatn famed for its extraordinary nature. Mývatn is known as an ornithologist’s heaven, attracting many different kinds of birds and the world‘s largest variety of ducks. Geology is another distinctive characteristic of the Mývatn region. Take a walk through the lava labyrinths of Dimmuborgir, the pseudocraters of Skútustaðir, the bubbling and boiling fumaroles of Námskarðar and around the dormant volcano of Krafla. Stay the night in the Mývatn region or in the fishing village of Húsavík.

Day 4 / Ásbyrgi-Dettifoss-Egilsstadir
The road leads northwards to the Tjórnes Peninsula. Here the much-loved puffins are often seen. Take Route No. 85 to Asbyrgi National Park. There you will see a horseshoe-shaped canyon with hundred-meter high cliffs, 3.5 km in length and 1 km wide. The middle of the canyon is occupied by Botnstjörn Lake which is surrounded by lush greenery, birch trees, willows, and rowans. After you’ve captured the beauty of the lake and canyon, the road leads onward to the mighty Dettifoss Waterfalls the largest and most powerful waterfall in Europe. Next, drive along the Jökulsárdalur glacial valley and you will reach the capital of eastern Iceland—Egilsstadir. Stay the night in the town of Egilsstadir or nearby.

Day 5 / Höfn-Jökulsárlón (Glacier Lagoon)
After breakfast, drive on along the eastern shore to the town of Höfn, known as the “Lobster Capital of Iceland.“ Do not miss the opportunity to taste the exceptional lobster soup or to simply enjoy the seafood. As you drive along the main road No. 1, take note of the beauty of each fjord—you will have the opportunity to drive around many of fjords here. The destination of today’s journey is the Glacier Lagoon. This is a unique scene that will leave an indelible impression. The lagoon was formed by climate warming. Massive icebergs continually break off the Breidamerkurjokull Glacier and float slowly through the lagoon and towards the ocean. The lagoon itself is not very big, but it is 250 meters deep; naturally, we only see the tops of the icebergs. Breidamerkurjokull Glacier is a branch of the Vatnajökull Glacier, Iceland’s largest glacier. Continue your journey until you reach Skaftafell National Park. Stay the night at a nearby accommodation or in the park at a campground during the summer months from early June.

Day 6 / Skaftafell-Kirkjubæjarklaustur-Vík
The Skaftafell National Park (covering 400-500 square kilometers) was established in 1967 and is one of Iceland’s most priceless natural pearls. The spellbinding landscape will leave visitors with unforgettable memories. The Svartifoss Falls, various hiking paths and plenty of other outdoor activities offer everyone something special to do.

Next, drive further along Route No. 1 to the Kirkjubaejarklaustur area. This residential community came to fame in Iceland during the eruption of the Lakagígar Volcanoes in 1783 which is believed to have been one of the world’s largest lava flows from a single eruption in history. The Kirkjugólf (“Church floor”), an approx. 80 m² area of columnar basalt, eroded and shaped by glaciers and waves, is one of the main attractions in the vicinity. It is located in the field just east of the little village of Kirkjubaejarklaustur.

Vik is the southernmost town in Iceland, famed for its black beaches and the Dyrhólæy Cliffs. The area is also home to vast bird colonies including a large puffin colony and one of the largest tern colonies in Iceland. There are also seagulls, auks, and fulmars—all this set in spectacular natural beauty. Stay the night in or near the town of Vík.

Day 7 / Skogarfoss-Reykjavik
The last stretch of the journey to Reykjavik. On your way, you will see several waterfalls and continue to revel in incredible Icelandic landscapes. The village of Skogafoss is known for its wonderful waterfall Skogafoss and its mysterious legend, and Skogarsafn, the national open-air museum. Stopping by for a short while to check out the museum exhibition and get to know its founder Þórður Tómasson is recommended. Tómasson is a man with endless resources of energy thanks to whom the idea of establishing a museum was implemented in 1949. Though Þórður is 93, he can still often be seen at the museum, and if luck is with you, he might even give you a tour of the museum himself.

In the second half of the day, make another shortstop by the elegant Seljalansfoss Waterfall. You can walk behind this extraordinary waterfall all the way from one side to the other. Make sure to walk around it and take some great pictures.
Stay the night at Selfoss or in the nearby village of Hveragerdi.
Day 8 / The Golden Ring: Þingvellir-Geysir-Gullfoss
About 30 km from Reykjavik lies the historical location of Þingvellir. Established in 930, this is where the world’s oldest existing parliament was established. This very important place of Iceland’s history was where Iceland’s chieftains would assemble once a year and where the law speaker would proclaim the laws of the commonwealth for all to hear. Þingvellir is also a UNESCO World Heritage Site, the location of a tectonic rift, where the continental plates of Eurasia and North America are separating from each other, ever so slightly each year. This area is also home to the wild and wonderfully cascading Gullfoss (Golden Waterfall) and the famous Geyser. Do not miss the chance to stop by the episcopal see of Skálholt, which is now home to a religious-historical center. After the Golden Circle comes the last stretch of the journey taking you to the capital. Free time. Stay the night in Reykjavik.

Day 9 / Reykjavik-Keflavik
Plans for the day are made in consideration of flight departure time.

Options: a walk through the city; Laugarvegur, the main shopping street in Iceland, Skolavörðustígur, a street full of artists, homeworkers, small shops and galleries at the top of which is Hallgrimskirkja, a church with impressive organs and Scandinavian architecture, and then there‘s Harpa Concert Hall, the Old Harbour, pools, museums, cafés and various attractions for everyone.

Car drop-off at the airport; the journey home.

Trip itineraries can be added to, shortened or made longer according to personal preference. 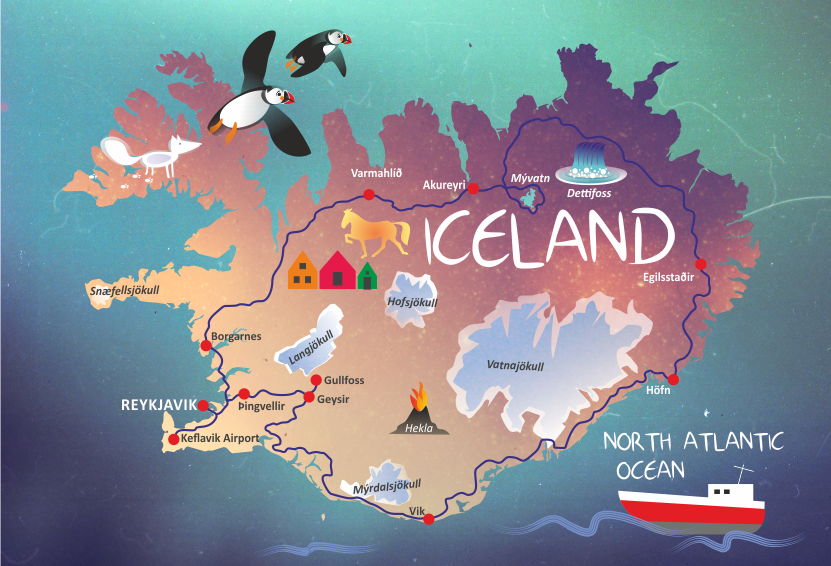 Price per person in SS: