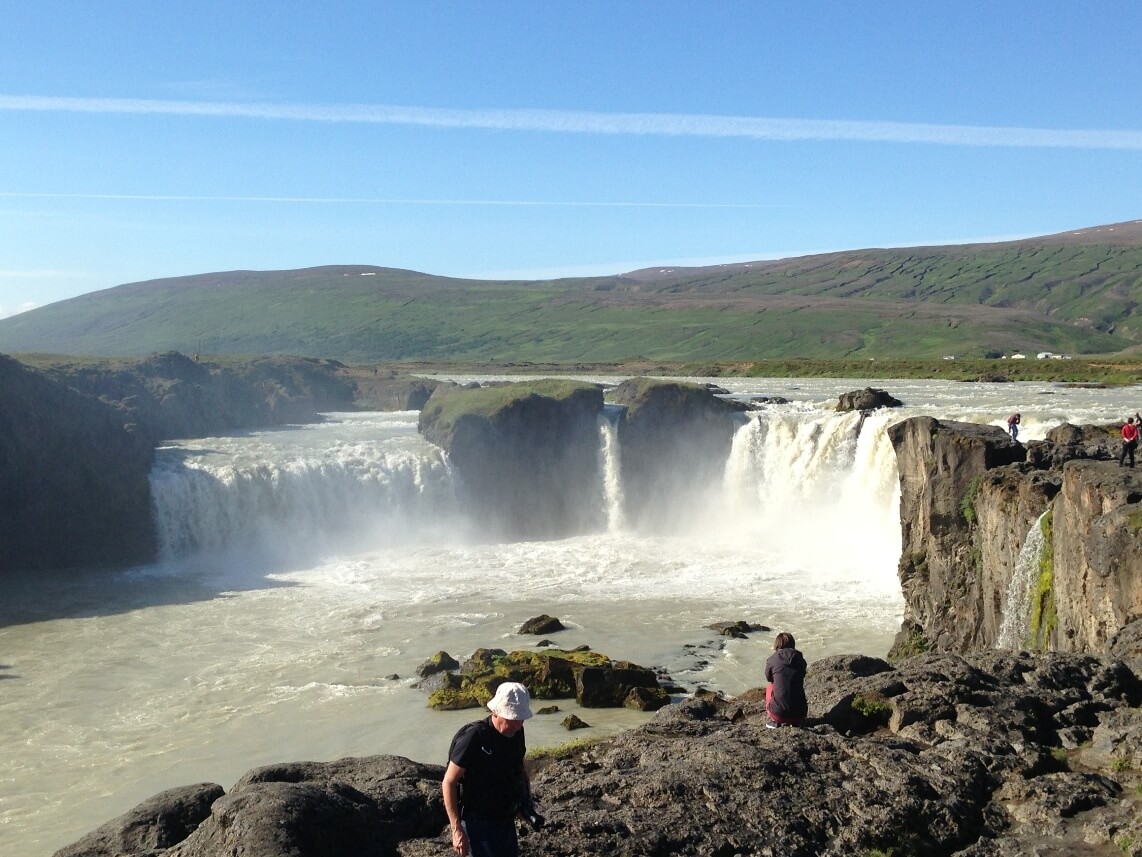 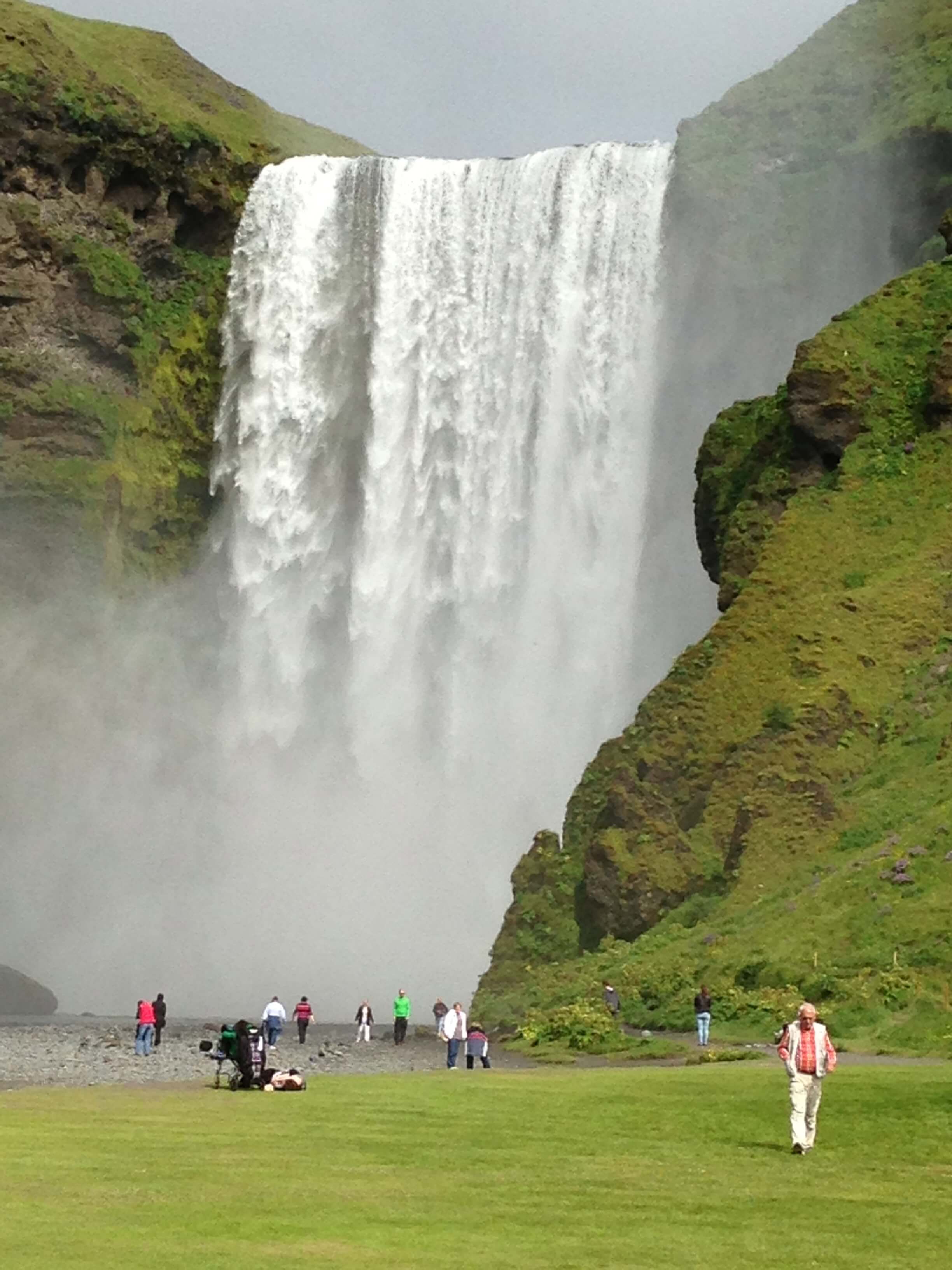 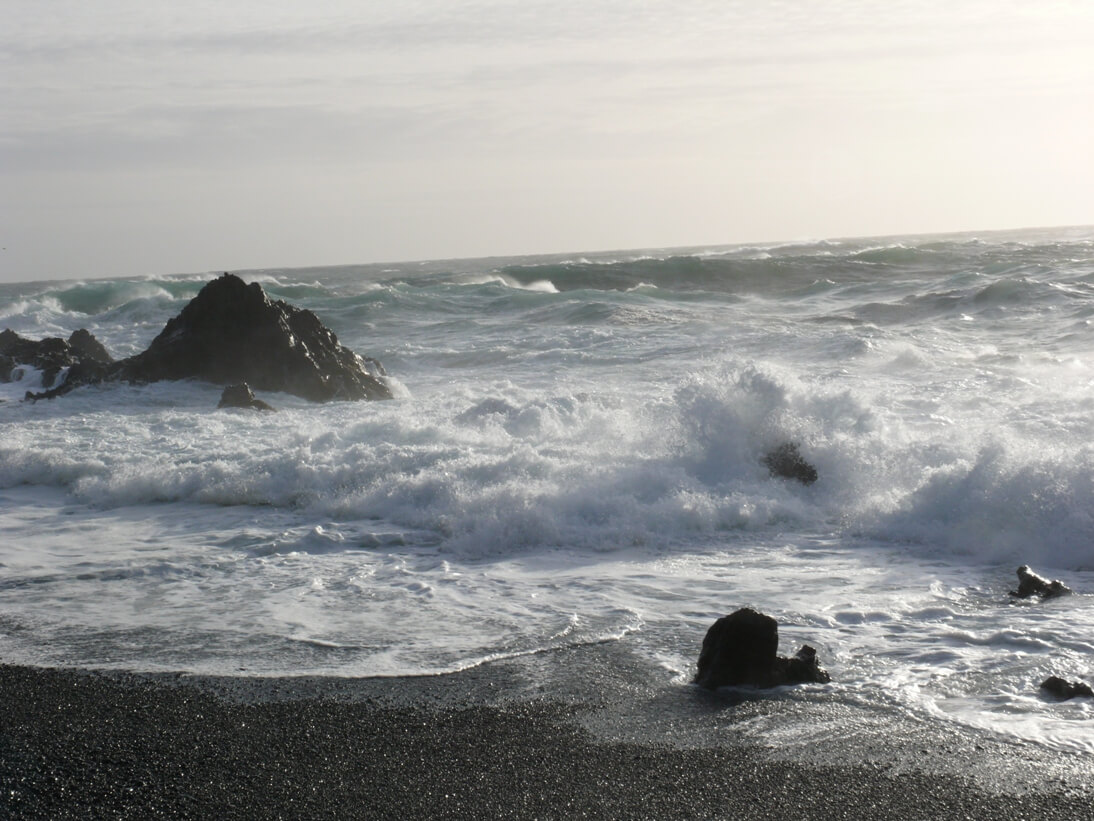 Day 1 / Arrive in Iceland
Keflavik Airport, 45 km from the capital, Reykjavik. Pick up the car at KEF Airport. On the way to Reykjavik make a small detour through the lava field to the Blue Lagoon where you can relax and enjoy its healing waters in its famously surreal environment. Stay the night in Reykjavik.

Day 2 / The National Thingvellir Park-Kaldidalur-Borgarfjordur
Leave Reykjavik after breakfast and drive towards Thingvellir National Park. This is the original location of the world’s oldest existing parliament, established in 930. This very important place of Iceland‘s history was where Iceland‘s chieftains would assemble once a year and where the lawspeaker would proclaim the laws of the commonwealth for all to hear. Þingvellir is also a UNESCO World Heritage Site where you can clearly see a tectonic rift, where the continental plates of Eurasia and North America are separating from each other ever so slightly each year. Travel with off-road vehicles on the Kaldidalur route through the Langjökull Glacier and toward the Hraunfossar Falls. When in the Borgarnes region, visiting Reykholt is a must. This was the residence of XIII century politician, poet, writer and historian Snorri Sturluson, author of the famous Prose Edda. Stay the night in Borgarnes or the surrounding area.

Day 3 / Snæfellsness peninsula
Snæfellsnes Peninsula is known for its famous Snæfellsness Volcano described by Jules Verne in his book A Journey to the Centre of the Earth. Driving over the peninsula one can admire views of seal colonies resting on sandy beaches, panoramas of lava fields and small fishing villages, a variety of birds, the greenness of the moss and of course the volcano itself. The landscape changes every 5 to 10 km, so you will have to stop more than once to take in all the views. Stay the night in the southern or northern part of the peninsula.

Day 4 / Hvammsfjord. The town of Laugar in the Sælings valley
A walk along Svartaklettar (the Black Cliffs) with a wonderful view of the historical site well-known to locals and described in the Laxdæla Saga. This saga was written by an unknown author in the XIII century. It is a story of a love triangle in which two brothers fall for the same woman and pay with their lives as a consequence.
There is time to explore the environs—visit the town pool and drop into the museum of Eiríkur the Red, founder of Greenland and father of Leifur Eiriksson, considered by some as the first European to discover North America. Stay the night in a bed and breakfast or a hotel in Laugar or near the Sæling Valley.

Day 5 / Vatsnes-Akureyri
After breakfast head for Akureyri, the town known as the “Capital of the North.“ Visit Vatsnes Peninsula on the way and drive through the Laxárdalsheiði Valley to the Hrútafjorður Fjord, then on to the Húnavallassysla region. A walk along the Vatsnes shoreline is recommended. Here you can see countless seal colonies and visit the Icelandic Seal Center Museum located along the harbour in the town of Hvammstangi. Before returning to Route No. 1 you can stop by the impressive Hvítserkur Rock which looks like a giant troll standing in the water. Next, continue along the main route to the Skagarfjörður district, known for its horse breeding traditions. Do not miss the Glaumbær Historical Museum where you can learn the history of Icelandic life from the 19th century to the beginning of the 20th century. A 1.5 hours’ drive is left to Akureyri. Stay the night in Akureyri or its vicinity.

Day 6 / Mývatn region
There are not many places in Iceland where so many wonders of nature can be seen as in the Mývatn region. Here you will find pseudocraters, the wonderful Lake Mývatn with its wide variety of bird species, the lava labyrinths of Dimmuborgir and the fumarole territory of Námskard where there are still signs of the Krafla Volcano which erupted in 1984. This place is like a living geology textbook. Stay the night in the Mývatn region or near the fishing village of Húsavík. Whale watching is recommended if time allows.

Day 7 / Ásbyrgi-Dettifoss
Drive along Route No. 85 towards the ‘echo cliffs’ of Hljóðaklettar. A few hours’ walk around the area is a must. Take in the beauty of the awe-inspiring cliff formations and their colours and the breathtaking Ásbyrgi Canyon. A few kilometres further, Dettifoss, considered the most powerful waterfall in Europe, sends the Jökullsá á Fjöllum River over the edge and crashing into the Jökulsárgljúfur canyon. Stay the night in the same accommodation as on day 6.

Day 8 / Sprengisandur, crossing the middle of Iceland, and Hrauneyjafossar falls
Today’s journey is difficult because Iceland must be crossed from the north to the south along the Sprengisandur Route. Driving along Route No. 1 toward Akureyri, turn left beyond the town of Laugar into Route No. 842, continuing on the gravel road marked 26. Here a different kind of Iceland will reveal itself: wild, untouched by civilization and exotic in its own way. Drive on to Hrauneyjarfoss Falls. Stay the night at a Hrauneyjar Hotel or somewhere nearby.

Day 9 / Gullfoss and Geysir
The time has come to visit two of the most popular sites in Iceland, the beautiful Gullfoss (Golden Falls) and the Geysir area where Strokkur hurls a column of hot water 15, 20 and sometimes 40 meters into the sky every 8-10 minutes. On the way to Hrauneyjar, turn into Route No. 32 and drive toward the town of Flúðir, further on lie Gullfoss and Geyser. Upon returning to Reykjavik you can make a slight detour into the cosy village of Hveragerðį, also known in Iceland as “The Town of Florists.“ This is where all of Iceland’s flower supply is grown in greenhouses. The town lies in a beautiful valley, next to hot springs. A short stop is recommended here; go for a walk or try out the swimming pools. Stay the night here or drive the remaining 35 km to Reykjavik and stay the night in the capital.

Day 10 / Reykjavik
Those with an early departure must go to Keflavik Airport first thing in the morning. The car must be left at the airport. The flight home.

For those who have more time—a free day in Reykjavik. Recommended sightseeing: a walk along Skólavörðurstígur, a colourful street, known for its artists, designers, small shops, cafes and restaurants. At the top of Skólavörðurstígur is the iconic Hallgrimskirkja Church. Then there‘s the Harpa Concert Hall, a beautiful piece of architecture only half-finished in 2008 when the economic crash occurred. The government fully funding the rest of the construction represents the spirit of the Icelandic people with their eye on the future and hope for a speedy recovery. There are lots of museums and cosy bookshops where you can spend a few hours with a cup of coffee. Whale watching expeditions leave from Reykjavik Harbour. Stay the night in Reykjavik.