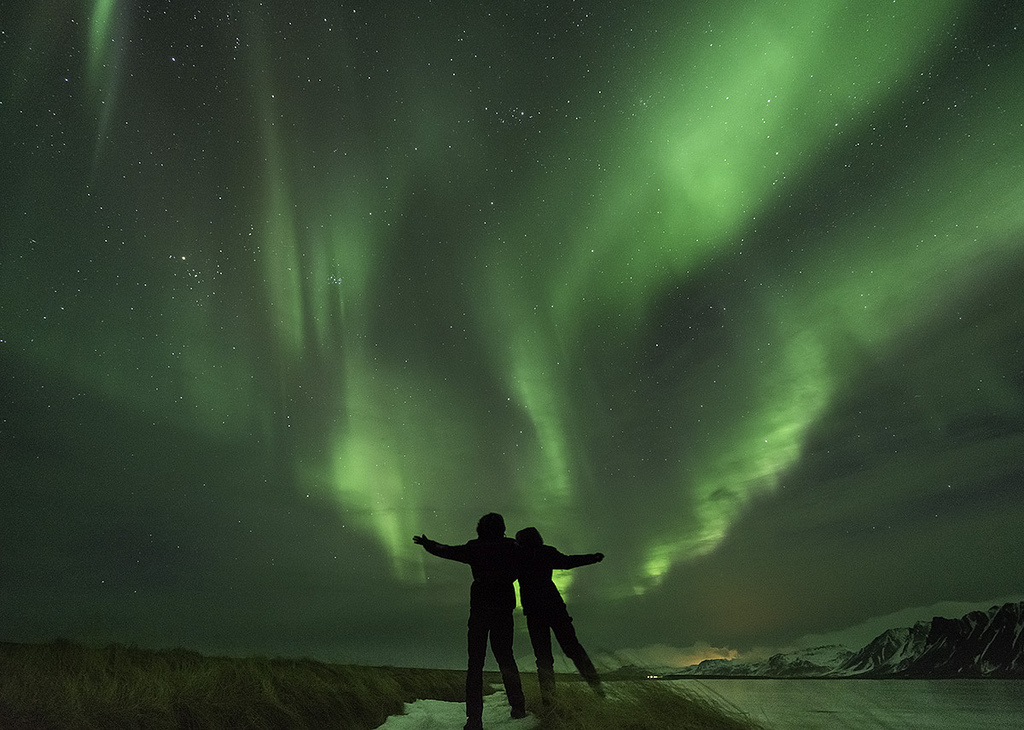 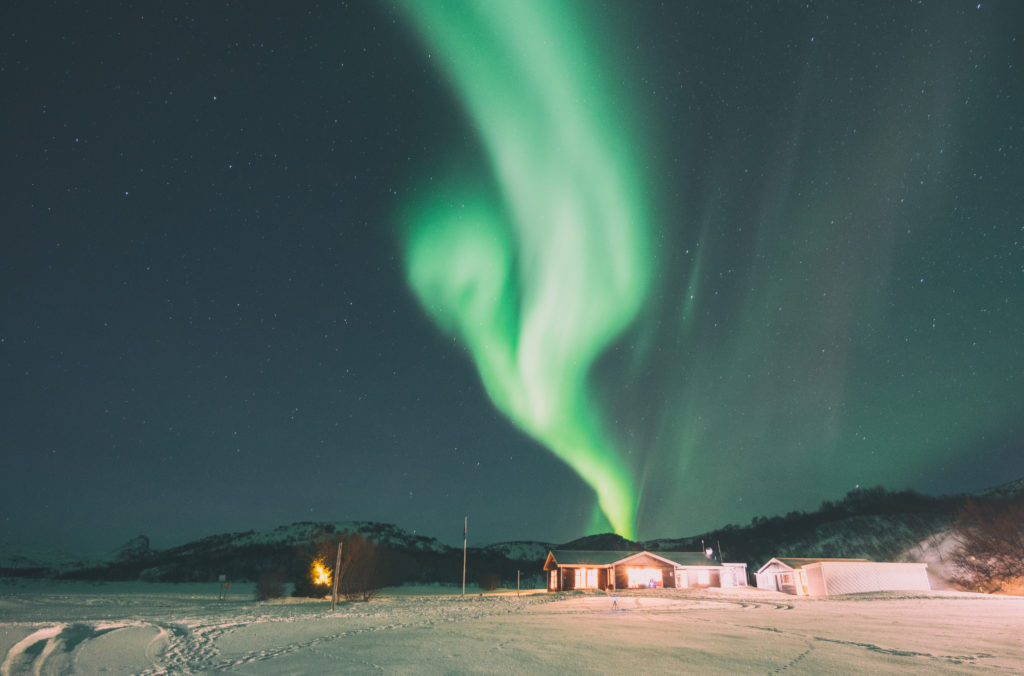 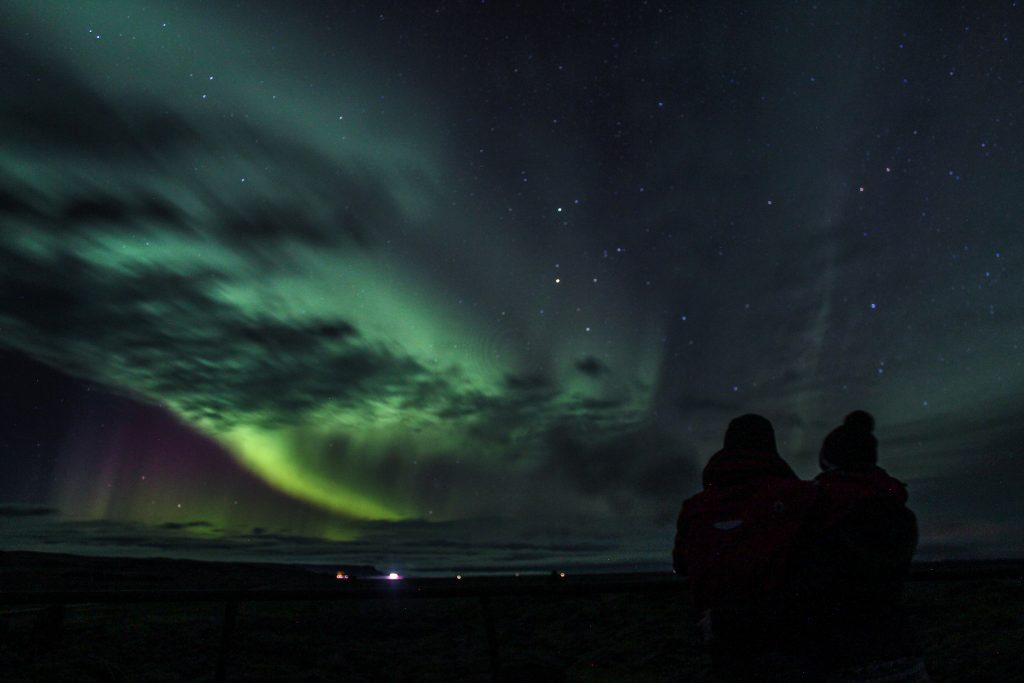 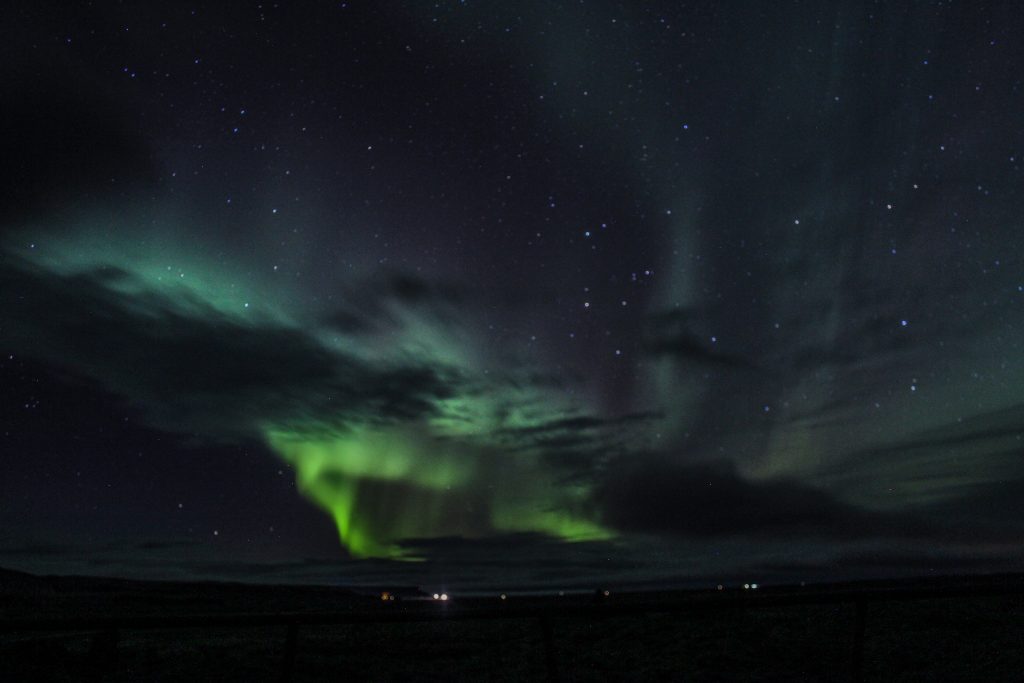 A minibus evening tour where we look for the northern lights. We check the cloud and aurora forecast and drive out of Reykjavik to a location where conditions are optimal to find the magical auroras.

Escape the city’s light pollution and come with us to look for the magical Northern Lights or Auroras Borealis as they are called as well. Our specialized guides will decide, on travel day, where to go, after taking into account both the aurora forecast and cloud cover to maximize your chances of seeing them in all their glory. We travel in a minibus, which means small groups and therefore personal service from our guides.

We never know where the best conditions will be. The weather changes quickly and the destinations vary. We might head to the National park Thingvelllir, Reykjanes (The Southern Peninsula) which is covered with lava and extreme landscape or Borgarfjordur which is a beautiful fjord in west of Iceland to name a few.

What are the Northern Lights?

This natural phenomenon happens because of chemical reactions in the Earth‘s atmosphere. Gaseous particles collide with electrically charged molecules and atoms released from the sun‘s atmosphere. These particulates from the sun are blown towards earth by the solar wind and can enter both the northern and southern hemisphere because of weak magnetic field at the poles.That‘s the reason for why we only see those dancing lights close to the Northern pole (Auroras Borealis) and south pole (Auroras Australis).

The different colours are due to different molecules, oxygen forms the most common one, yellow/green and nitrogen produces blue/purple-red for instance.

Season: September to April
Departure: Daily
Duration: Approximately 4 hours
Included: Pick up and drop off at hotels or guesthouses in Reykjavik, tour in a minibus, English guidance, northern lights tour.
Pick Up Locations: Hotels/Guesthouses in the greater Reykjavik area
Bring with you: Warm clothes, sturdy shoes. Spikes that fit over shoes to provide extra grip on ice. A camera on a tripod is also a good idea
Start of the tour: From Reykjavik – pick up from your guesthouse or hotel included
The tour is operated by our trusted partners.
BOOK YOUR TOUR BELOW:
Loading…
Day tours Guided tours Self-drive tours Activities
Book your trip
X