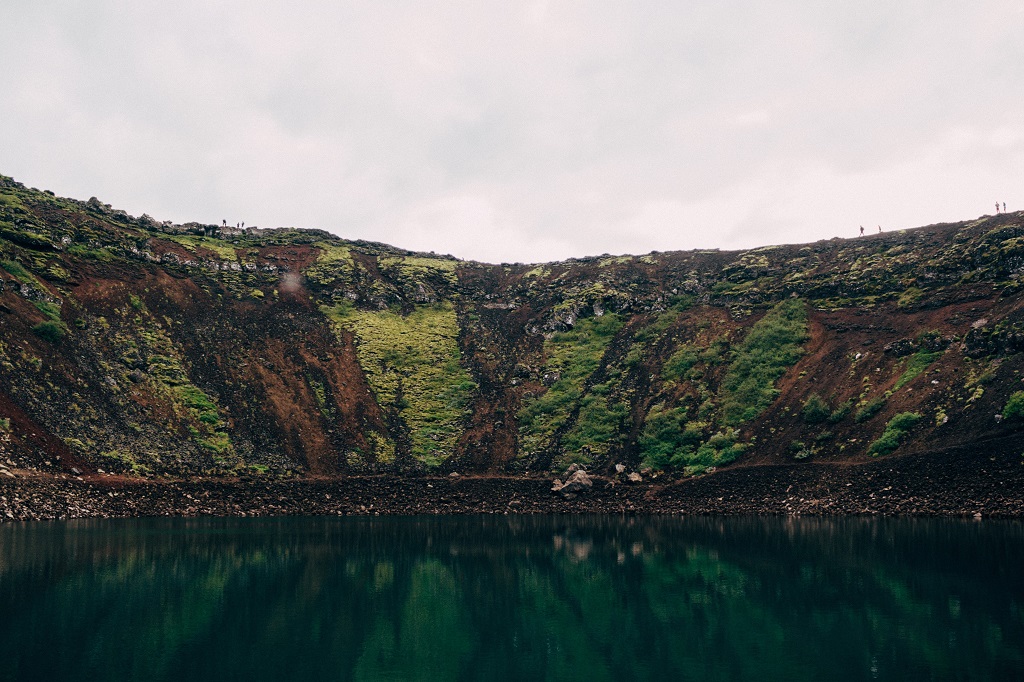 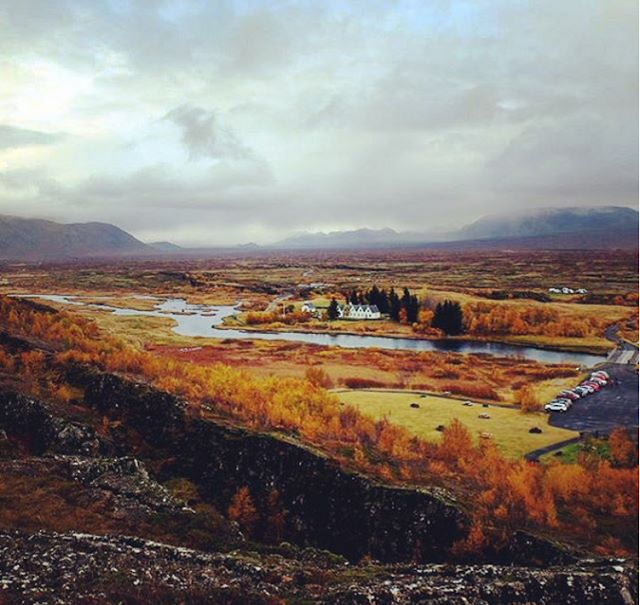 This classic tour will take you to three of Iceland’s most popular attractions, Gullfoss, Geysir and the National Park Thingvellir. Along the way we will make stops at other interesting places, Geothermal Exhibition at Hellisheidi Power Plant , Faxi waterfall and Kerid, for instance. Below you will find a full list of the places you will be visiting:

First stop will be the Geothermal Exhibition at Hellisheidi Power Station. It recently opened and houses an interactive exhibition centring on the development of geothermal energy in Iceland. Geology, technology and history are represented in an accessible and entertaining way through informative and entertaining multimedia exhibits.

Next we visit Kerið, a volcanic crater lake. First it was thought that Kerið was formed by a huge volcanic explosion (as is usual for volcanic craters), however research now tells us this was probably a cone volcano which erupted and emptied its magma reserve. The cone collapsed into the magma chamber and created the crater lake bordered by strongly coloured red volcanic rock.

After Kerid we will go see the waterfall Faxi, 12 km from Gullfoss and Geysir. This waterfall is in the river Tungufljot and is part of the golden circle trail.

Next up is Gullfoss the most famous waterfall in Iceland in the river Hvíta. It’s power is inspirational and we can stand so close to it that we feel the mist of glacial water on our faces. Around this time it should be lunch time so we will stop at a local place for food.

After lunch we head over to the geothermally active valley of Haukadalur where we will see the famous Geysir and many hot springs. We will also see Strokkur geyser, which spouts every five minutes or so and projects steaming water to a height of about 60-100 feet.

After the golden two, Gullfoss and Geysir, we will visit Efstidalur, a family farm located close to Laugarvatn lake. There‘s an ice cream barn at the farm and the concept is really charming, you can enjoy different flavoured ice cream produced from the cow‘s milk. It doesn‘t get more original…and the ice cream tastes amazing.

Laugarvatn is a small town with population of about 200 people. It is also home to lake Laugarvatn which contains geothermal springs under its surface. One of the hot springs connected to the lake is Vígdalaug. When the Icelandic nation became Christian the pool was consecrated by Norwegian priests and used as a baptism pool.

To complete the Golden Circle we end our tour with visit to the National Park Thingvellir. The area holds great historical importance and has many remarkable geological features. The Eurasian and American tectonic plates meet here and Althingi (the Icelandic parliament) was formed on these rocks in 930 AD, making it the oldest parliamentary site in the world. There’s a beautiful waterfall nearby as well, in fact Öxarárfoss and Thingvellir have been designated UNESCO World Heritage Sites.

The tour is operated by our trusted partners.

BOOK YOUR TOUR BELOW: